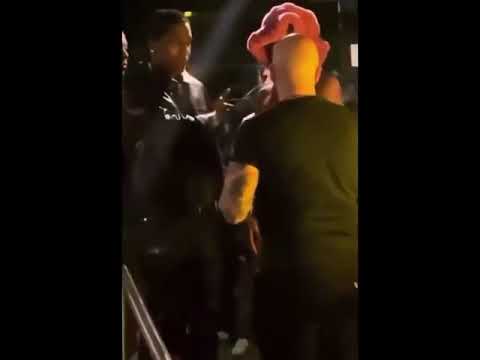 Hollywood Elites are Going Down in Flames!

Hollywood Elites are Going Down in Flames!

After Storm Monroe, Youtube blogger, broke the exclusive story on Rovier Carrington's sexual abuse on October 30, 2020, people behind the scenes of the accused, Brian Graden and others, have began working overtime to discredit Rovier Carrington accounts of sexual abuse. Especially the media that works diligently hand-in-hand with the big Executives in the industry to discount the victims' accounts of sexual assault.

Rovier Carrington is an aspiring Writer that was allegedly accosted and passed around Hollywood, starting at age 17, for sexual pleasure by big-named Executives and Actors such as Harvey Weinstein(Film Producer), Brian Graden(Former President of Programming) for MTV, Brad Grey(Former CEO for Paramount) and Tom Cruise(Famous Actor) along with several others. Rovier Carrington has recounted the sexual horror that he endured over the years while trying to make his dreams come true. Only he didn't get to live out his dreams... He allegedly lived a nightmare!

There are numerous articles stating that Rovier Carrington's attorney quit his case after being reprimanding by Judge Katherine Failla. But according to Rovier Carrington, he fired his lawyer for withholding evidence that would support his case.

Hollywood and music execs. have been hiding behind their money and brilliant lawyers for many years to silence the victims about their abuse. Using tabloids and replicable reporters to help discredit the victims and making the victims feel ashamed for speaking out.

Secrets in Hollywood and the music industry have become a cesspool of accusations and truths that is now threatening the very existence of the powerhouses in these industries. With the "Me Too" movement opening up the floodgates, giving powerless victims the go ahead to speak out about the industries' monsters, a sea of people have started coming forth to tell their stories of sexual abuse and misconduct behind the scenes.

Is Rovier Carrington just trying to get a large payday? Or is there really truth to his story of sexual abuse? According to Rovier Carrington the case is not over and we will see how this plays out. One thing for certain... If Rovier Carrington dig deep enough he will find all of the evidence he needs to successfully get justice!

For parents that have high hopes of their children entering these star-powered industries may want to check out Storm Monroe's interview with Rovier Carrington to get an idea of some of the atrocities that some child stars have endured for the price of success in the filming and music industry.

To see the full interview with Storm Monroe and Rovier Carrington please go to the link provided below.